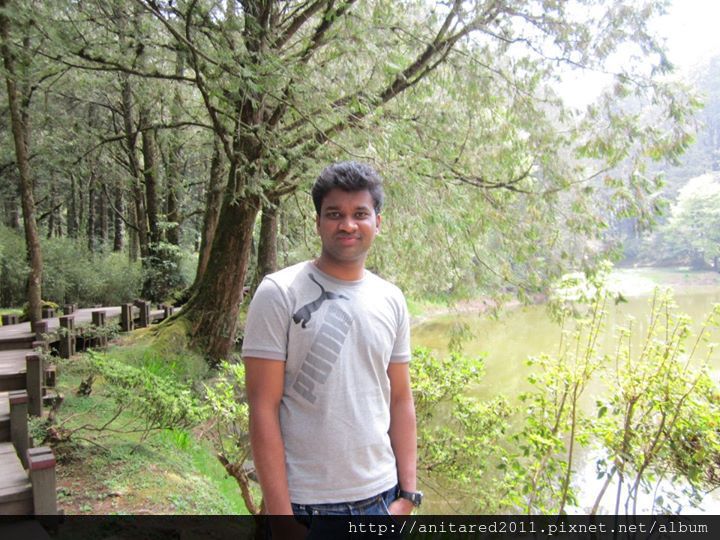 My journey in Taiwan has started with an ambiguous question, “Why I choose Taiwan?” and the same question from others also reverted, “Why you choose Taiwan?”

Even though my answer was quite straight forward, but, indeed there is something behind this question. I would have not find a right answer, if I do not meet one of our sister at 7-11 of NTHU, while distributing flyers. I joined Chan club, even though, I am not very interested initially, but still my personal intention has forced me to go there. I slowly started learning the techniques and attended meditation retreats and met many friends.

Well, as the days are passing by I had a very good and comfortable life and feeling like a heaven. Suddenly, I started experiencing physical suffering. I was injured, while I was playing volley ball. It took a very long time for me to recover, and the meditation has really helped me to recover physically as well as mentally in managing my health, research and other activities.

Like every beginner, I also faced several hurdles initially, and the most difficult things are, to sit for long time with folded legs and empty mind, controlled breathing and focusing on chakras. Whenever I sit for meditation, the teacher used to mention us to concentrate on chakras, so called, Chanxin, Zhihui, Fayan, Erkong, Mingxin, Mingse, Ruyi, Wushi, Wuming, Jixiang and activate them. In fact, I was not aware of what chakras (energy points) are really mean? But, I still keep thinking about them. Suddenly, one night I experienced a bright light during my sleep at the dharma eye charka and heart chakra. The feelings were simply beyond imagination. My heart expands as high as the universe and my dharma eye chakra fly above the sky and reached to the earth. But didn’t realize what it was and just I thought it was a dream. I got up in the morning and look at the table where I kept the idols of god. Instead of all, I have seen a Buddha statue (greenish yellow in color) there. I asked my friend, “Who brought this one to here?” he said that one of our senior friends had brought that statue to that room. Didn’t realize the significance as my mind was clouded with preoccupied thoughts.

Later joined advanced meditation classes at Taichung, which was directly led by Chan patriarch (Shi-Fu). We usually reach there by every Saturday morning along with my fellow practitioners by bus. In the return trip, we had a habit of sharing the meditation experience during the journey hours. Every time my fellow practitioners used to ask me to share my Chan (meditation) experience, and I simply reply them that I do not experience any miracles to share. They were tired of asking me every week, as the time goes on. I think the Shi-Fu (Master) decided to teach me a strong lesson. Eventually, I started facing hard time and many puzzles had to be resolved along with the three colors, such as, yellow, green and red. Day by day my heart became very soft and started experiencing the energy changes very easily.

The day of “Festival of Lights” has come. The spiritual significance of this festival was light over darkness, good over evil and knowledge over ignorance. After the day of Diwali, my friends invited me to Guangxi forest. Since I was tired on the previous day, I was totally not willing to attend the visit of Guangxi forest. But they mentioned to me that it was medicinal Buddha’s birthday and Shi-Fu would lead us. I joined them, but, unfortunately Shi-Fu has not arrived. Inside the temple, I have seen many Buddha statues and most of them were green in color. Sat for meditation for a while and opened my eyes and directed towards 4 Buddha statues. There was one big yellow statue and in front of that there were 3 small statues. Among those 3 statues, two were green which are on either side of the white statue which was pointing one finger to the sky and another to the earth. This reminds me what I have seen in my dreams (a bright light). This incident made me to have more focus on the recent incidents and prompted me to have a keen observation. The green statues called as medicinal Buddha, who cures the poisons. Overall, the meaning of these 3 statues are, one who can clean his poisons such as desire, anger, greed etc., are will be enlightened. One who can overcome his desires will have a compassionate heart and will reach to the pure Buddha land.

There was an unexpected call from Shi-Fu to have a class for promoting the world peace through Chan. Before that night, I had dreamt of two people and they were trying to measure my energy levels. Now I was unable to fly like before. Instead, I was flying horizontally and got hurt by many walls and obstacles.

Went for Shi-Fu’s class and got to know the significance of the color “Red”.
After the morning session, we had lunch and took a nap for a while. During the nap, my heart chakra became heavy and covered by many shadows and no light in my Dharma eye chakra. Instead of feeling of joy, I heard a deep shout which was in contrast to my previous experience where I just literally fly.

I used to blame Shi-Fu for preaching in Chinese as I was unable to get even single word of him except feeling the ideology of Chan. But there was another session of Chan sharing in the noon by Brother Miao-Ming one of the American disciple of Shi-Fu who got the heat to heart transmission. After sharing of his experience of Chan, I felt like it is a compact message of Shi-Fu for me.

In that night, after the Shi-Fu’s class I had experienced a miracle and got to know that what the dark shadows are really mean. My true self was started crying, tears are coming out and with the tears I felt that all my chakras were cleaned and started seeing the red light again at my Dharma eye chakra. In the next day I also experienced melting of my heart and became very sensitive and light. Many other things also happened which I cannot convey exactly. But as Brother Miao – Ming said, I am in the trails of reaching to the top of the mountain. After that night, I cried out from my true self and all other experiences, and started to be able to sense other's negative energy. I started to realize that Chan takes continuous practice in order to touch more hearts. Before, I could not sense other's negative energy fields, because I had the same frequency with them. Now, with a pure heart, I can clearly sense others energy fields and their sufferings. In a recent meditation, I also witnessed red lights, and had been thinking about what it really symbolizes? I started to realize that Shi-fu's power or Buddha light does not give a choice for whom to decide, in what name or what look, but rather, it depends on whether or not you can resonate your frequency with Shi-fu and you can automatically receive. We have to clear the clouds covering our true self. Shi-fu cannot clean all that for every practitioner, but we have to purify ourselves in a way that we could automatically received from him.

In the past I was busy with research, now based on all the experiences I had from Chan meditation, I realized that spiritual practicing is more important than everything. Now, I spend most of the time on meditation and on sharing with friends, but there were no problems coming out on my research. Before I studied PhD in IIT, I didn't know what drew me here. After I came, everyone asked me why I gave up IIT. I also didn't know why, I was also crying in my heart when I made the decision. But now I realize the answer, I am here to practice True Dharma, and to find Shi-fu. I started to realize why Shi-fu chose Taiwan to spread Chan. Taiwan is a very small island. China or India is too big. The preachings of Shi-fu started from here through every disciple, to spread Chan to the world.

I realize that Shi-fu can save all spirits but he cannot talk to everyone and bring everyone to the meditation center. He needs us, one by one, step by step, to walk into the society to share Chan to everyone. I also realized that one day I will have to bring this True Dharma back to India. Now, the one who practice Chan are still few, spirits with low level are far more; therefore there are lots of disasters on earth. Therefore, when I go to share with people about Chan, I can feel that they not only take away my light inside but also pour the negative energy inside me. But, I know I still have to do it as long as I do meditation and have light in me again. I hope one day there will be more and more practitioners, thus with more people, more power. In the past I did not understand the exchange of energy fields, and once soon after I experienced them by myself, I started to realize. Also, with this breakthrough, commitment and little experience, one who was ready to give his heart to Buddha can be easily enlightened.

Once you got enlightened, your mind automatically started to keep away from bad karma and make you as a complete vegetarian. Finally, I realized that I came here, Shi-Fu’s land to experience my Karma and to promote the world peace through enlightenment by practicing the Chan.

Thank you Shi-Fu, Karen and all the brothers and sisters. 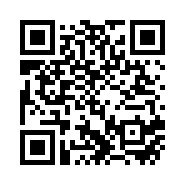